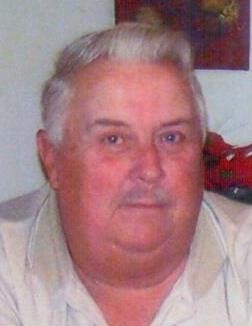 Nancollas – William H. Sr, 75, Summerton SC, formerly of Salix went to be with the Lord on June 23, 2019. Born on September 1, 1943 in Detroit, MI, son of Robert H.  and Evelyn P. (Adams) Nancollas. Preceded in death by parents; sister, Roberta Edwards-Stokes, and a nephew, Douglas Edwards. He is survived by his loving wife of 53 years, Gloria G. (Ressler) Nancollas, Summerton, SC; children, Jodi Lynn Nancollas and William H. Jr.; several grandchildren; several nieces, nephews, and many friends. Bill was a 1962 graduate of Johnstown High School. He was a US Army Veteran serving during the Vietnam War. Bill was founding partner of Master Machine Comp. Inc. for 22 years in Windber. After retiring, he moved to SC where he worked as a fishing guide on Lake Marion for 14 years. Bill was a member of Bethel United Methodist Church, Salix; Alma Lodge IOOF #523, and William F. Packer Encampment #127, having served as Nobel Grand and Chief Patriarch respectively. He was an avid hunter and fisherman, enjoyed travel, classic cars, and playing video games. Bill loved his family dearly and always had his door opened to everyone. Friends will be received from 3-7 p.m. on Friday, where Odd Fellows Memorial Service will be held. An additional viewing will be held from 10:30 a.m. until time of service at 11:30 a.m. on Saturday at the Harris Funeral Home, 500 Cherry Lane, Richland, with the Rev. Donald L. Poole officiating. Interment will be at Richland Cemetery with military rites conducted by Menoher Post #155 VFW Ritual Team. The family suggests contributions be directed to a charity of ones choice in memory of William. Online condolences may be posted to www.wharrisfuneralhome.com.

To order memorial trees or send flowers to the family in memory of William H. Nancollas, please visit our flower store.