Smith - Thomas George, "Tom," 80, Johnstown, went to be with the Lord on April 11, 2021, at home surrounded by his loving family. Born April 26, 1940, in Johnstown, PA, son of William and Margaret (Geiser) Smith. Preceded in death by parents; daughter, Elizabeth Ann “Bethie”; grandson, Trevor Chase, and his brother, Jim. Tom was survived by his loving wife of 58 years, Nancy J. (Brant) Smith; children, William “Bill” Smith and wife, Kim, Johnstown, Brenda (Identical twin sister of deceased daughter Bethie), and husband Joe Torchia, Johnstown, Kyle Smith and wife, Gina, Windber and Tom Smith and wife, Sherry, Johnstown PA; grandchildren, Lilli Waller and husband Nathan, Colorado Springs, CO, Kegan and Riley Smith; Shanell Torchia, Sgt. Adken Torchia and wife, Emily, Fort Drum, New York, Sgt. Brennen Gorbar, Fort Irwin, CA, Jade Erickson and husband, Kevin, Kyle Jr. and fiancé, Brooke, Hunter and fiancé, Kali, Shadoe, Keyli and Mikayla Smith; Great-grandchildren, Emma, Karson, D’Angelo, Nai’La, Nina, Emilia, Avery, Beau, Colby, and Presley. Tom was a 1958 graduate of Greater Johnstown High School. He then enlisted in the US Navy in 1959 and proudly served on the USS Galveston during the Bay of Pigs Invasion in 1961. Tom met the love of his life Nancy Jane Brant soon after, who later became his wife. They purchased their family home in Geistown, where they raised their 5 children. For years, Tom worked multiple jobs to support his family; One of which was as a police officer in Geistown Borough where he served from 1968-1981. He served his community and family selflessly for years, creating many lifelong friendships along the way. Tom started in the car business with Tom Shannon at Tom Shannon Oldsmobile. He then moved on to become the General Manager of Jim Dewar’s Car World, retiring in 2005. Later, Tom worked for his son’s family business, Johnstown Hydraulics, until 2018. He was a member of St. Benedict Catholic Church, Geistown. Tom was an avid outdoorsman and an excellent marksman. He enjoyed spending time with his sons and grandsons in the woods hunting. Tom was a fan of many sports: football, hockey, and racing. Above all else, He enjoyed attending and watching his families sporting events including: Bishop McCort football, Saint Francis football, Windber and Richland football, and his 2 Ohio State Buckeyes cheerleaders. Along with the #42 Smith Family race car. Tom had many angels and loving friends at Davita Dialysis Center, (Richland) who took amazing care of him for a remarkable 15 years. The impeccable care that was given to Tom, added many loving memories and quality years to his life. God bless his special angels, who took loving care of him, Brenda and Shanell.

“FOOTPRINTS”  When walking on the beach, he noticed two sets of footprints in the sand. One belonging to him, and the other to the Lord. When you see only one footprint, it was then, I carried you..

Friends will be received from 2-9 p.m. on Tuesday at the Harris Funeral Home, 500 Cherry Lane, Richland, where Vigil Service will be held. Funeral Mass will be held at 10 a.m. on Wednesday at St. Benedict Catholic Church, Geistown, Fr. David S, Peles, Pator. Committal will be at Forest Lawn Memorial Park with military rites conducted by Menoher Post #155 VFW Ritual Team. Online condolences may be posted to www.wharrisfuneralhome.com.

To plant memorial trees or send flowers to the family in memory of Thomas Smith, please visit our flower store.

Worked with Tom at Dewars had many laughs and great guy to work with.

Sharing in your sorrow. With love and friendship.

Friends and Family uploaded 1 to the gallery. 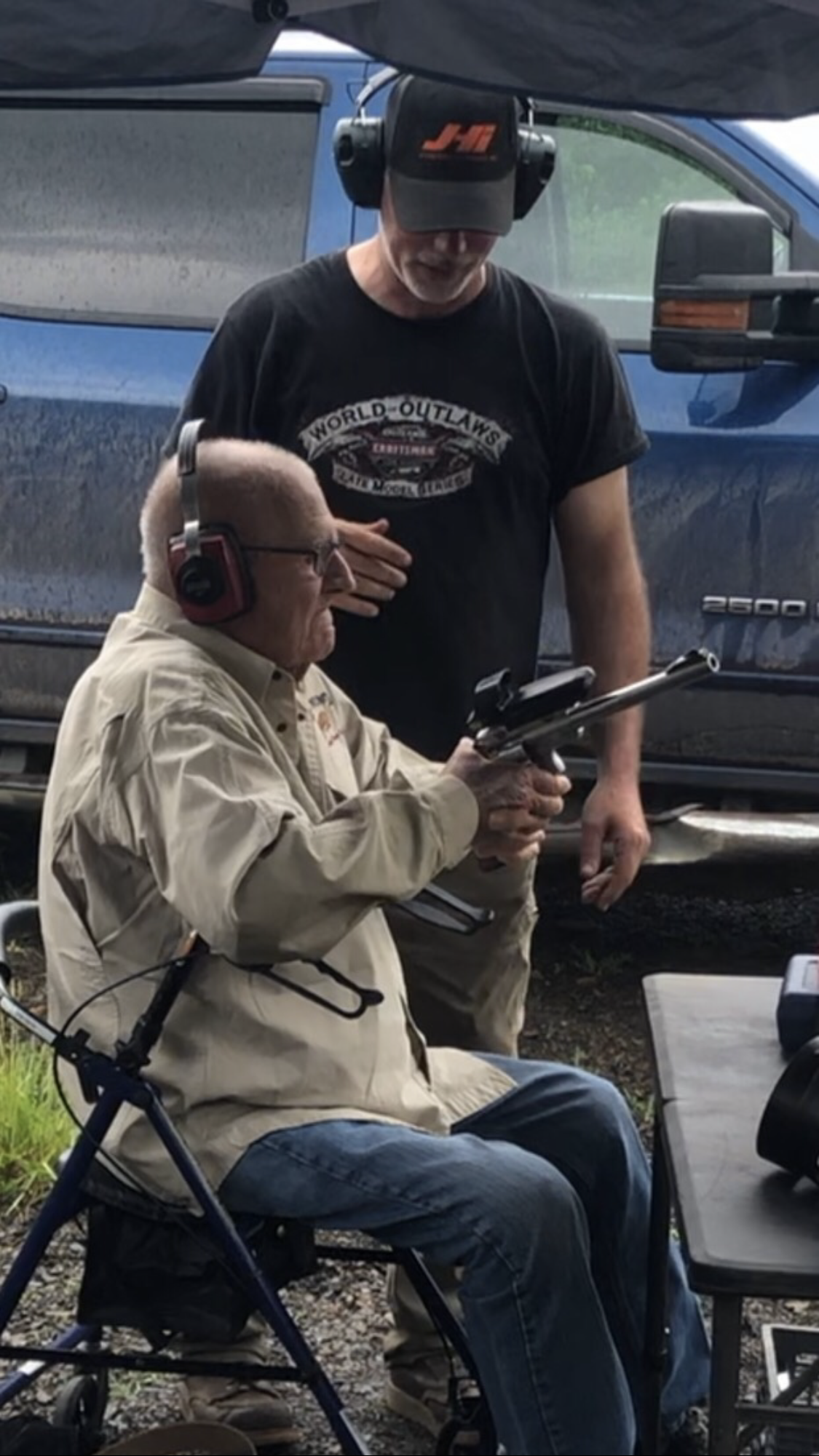