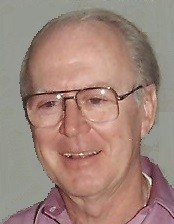 O’Donnell - Patrick F., 91, Salix, died September 15,2017 at Richland Woods Assisted Living. Born June 23, 1926 in Beaverdale, PA, son of the late John W. and Margaret (Ronan) O’Donnell. Also preceded in death by his wife, Gertrude (Petkosh) O’Donnell; son, Scott and brother, Doran. Survived by his daughter, Christine, wife of Mark Finley, Baltimore and son, Mark of Richland Township. Also survived by six grandchildren, four great grandchildren and nine nieces and nephews. After graduating Beaverdale High School in 1944, he enlisted in the United States Navy, serving as a Radioman Third Class earning a Pacific Theater Ribbon, American Theater Ribbon and the Victory Medal. He was Honorably discharged in May, 1946. In January, 1950, he married Gertrude A. Petkosh, also of Beaverdale. Mr. O’Donnell began his Postal Service career in 1947 as a Subclerk in Beaverdale and through dedication and hard work rose to the position of Sectional Center Director of Customer Service in Johnstown. He retired in 1986. Pat and Gertrude were avid golfers and in 1959, were among the founding members of Windber Country Club. He enjoying the camaraderie and fellowship of the club until very recently. For many years, Pat and his family were members of the former St. Agnes Parish in Beaverdale. He was also a member of the BPO Elks and the Beaverdale American Legion, Post #460, and St. Michael Catholic Church, St. Michael, PA. As a young man, Pat enjoyed playing the sax and singing as lead vocalist with a local band, The Clubmen. He enjoyed, with his wife, many winter vacations in Florida. Friends will be received from 10 a.m. until time of Memorial Mass at 11 a.m. on Saturday, September 23, at St. Michael Catholic Church, 751 Locust St, St Michael, PA 15951, Fr. Brian L. Warchola, Pastor. Committal will be at St. Joseph Cemetery, Beaverdale, PA, with military rites conducted by the Beaverdale American Legion, Post #460 Ritual Team. The family suggests that in lieu of flowers, contributions be directed to the Alzheimer’s Association, Greater PA Chapter, 270 Walker Dr., Suite 201-B, State College PA 16801, in memory of Patrick. Online condolences may be posted to www.wharrisfuneralhome.com. Cremation by Laurel Highlands Crematory at Harris Funeral Home.

To order memorial trees or send flowers to the family in memory of Patrick F. O'Donnell, please visit our flower store.