Yardley, Judith Ann, “Judy”, 78, Johnstown, PA (Richland) and Sarasota, FL. Died Dec. 25, 2019, in Sarasota. Born July 1, 1941, in Montreal, Canada. Daughter of the late John and Mary (Drysdale) Trainor. Also preceded in death by her brother John. Survived by her husband of 43 years, Dr. Trevor W. Yardley. Her career was in nursing. Judy graduated from Royal Victoria Hospital Nursing School in Montreal, The Montreal Neurological Institute and McGill University with a Bachelor of Science and Nursing degree. Judy was a wonderful, kind wife and friend. She was known for her good common sense, judgement and excellent taste. Judy loved to be in the sun.  Friends will be received from 10:30 am to time of service at 1 pm Sat. Jan. 4, 2020 at Harris Funeral Home, 500 Cherry Lane, Richland. Fr. David S. Peles, officiating. Committal at Richland Cemetery following service. (Online condolences may be posted to www.wharrisfuneralhome.com)

To plant memorial trees or send flowers to the family in memory of Judith Yardley, please visit our flower store.

Dr Yardley,
My sincere sympathy in the loss of your wife.
Chris Tremel (Mercy OR)

Dr. Yardley, I am so sorry to learn of Judy's passing. Although we lost touch when you relocated from Lindsay, I think of the both of you often. Keeping you in our thoughts and prayers.
Steve and Lynn Joyce

Judy and I went to high-school together for four years at the Convent of the Sacred Heart of Montreal. We lived on adjacent streets and enjoyed many activities together during that time. We biked to school together in the spring along Montrose Avenue, we skied and skated together with friends, at nearby Murray Park in the winter. Our families went to the same Mass at church on Sundays. I can still remember Judys home phone-number from the 1950s.. As teenagers, we spoke on the phone almost every week-night.
After graduation, Judy went to Nursing school in Montreal and I went to Boston, Mass., then New York City for university and graduate school. After her marriage, Judy eventually moved to the United States and I returned to Canada to get married and teach university for 25 years.
We reconnected many years later at our 50th high-school reunion in Montreal. We shared several phone-calls afterwards and laughed a lot at our many happy memories. Judy was a caring person.
My sincere condolences to Trevor. May Judy Rest In Peace.

Judy was part of my nursing Class of 63B at the Royal Victoria Hospital, Montreal. Once graduated, our ways parted for many years until we once agin met up for a class reunion in Montreal. So happy that I had one more time to take in Judy's presence, her droll humor and her wise ways. Our student days were a combination of hard work and study as well as good times, many of then at the Trainor home in Westmount. I look back on those times very fondly. Judy and her family, in particular John, were very kind to me. My sincere condolences to her husband and to John.

First day at MeGill, I spied this well dressed student(lady) sitting in the front row. Later we became friends and so started my life long friendship with Judy. I appreciated her insight, down to earth nature and honesty. She also frequently took me ( an out of town student)to her parents wonderful house in Westmount for a home cooked meal.
After McGill was completed, I taught nursing at Royal Vic...her school as student nurse. Judy worked at Toronto General....my school as student nurse.
I will always remember her telling me about meeting Trevor at TGH...later Jock and I attended their very special wedding at the Mount Stephen Club in Montreal.
Gorgeous bride Judy was accompanied by many bridesmaids beautifully dressed in hot PINK...so sophisticated!
Jock and I were fortunate to spend time with them while they lived in Montreal.
Later when they left Montreal to start life anew in Johnstown PA....we kept together by phone.
Judy always wanting to know how our family was growing. Terri and I visited them in Johnstown...such a warm and hospitable welcome. Judy filled us with stories of life.
How she adored being Trevors wife and support as well as occasionally nursing at his Ortho clinic . A caring Nurse always.
She also told us how she enjoyed sitting in the sun!
Judy was always there for me...
She understood when I had so much on my plate with family and work...she was very supportive. Always willing to listen.
I am very saddened by her death. I will especially remember her death on Christmas Eve as she loved Christmas and the trips she took with Trevor at that time of year.
She is at peace! I am so sorry Trevor. Our thoughts and prayers with you as you deal with this huge loss of our beloved Judy

Judy has been a dear friend since 1967 when we were both at McGill in Nursing. We first met when, recognizing her from class, I approached her on the Atwater bus with a hearty Hello! I know you from class." Judy later confessed how embarrassed she had been at my oh so public (and loud) greeting. After that she kindly took me under her sophisticated wing and introduced me to Montreal: skiing parties in the country, cocktail parties on the mountain (where at one we attended, Pierre Elliott Trudeau was beginning his campaign to be Prime Minister) and more sober trips to McGills medical library to write a never-ending stream of papers.

One summer break I visited her in San Francisco where we tried to keep all romantic comers away from Gypsy, the beautiful standard poodle who came with the Mill Valley house she and friends had rented. The basset hound who finally breached the house defences was ruefully unable to realize his amorous intention as he gazed sadly at Gypsy towering above him.

Later, when Judy and I were both living in Toronto, we enjoyed many delightful girls only evenings at her apartment. Her BBQ on the balcony was delicious and legendary.

My family and I visited Judy and Trevor many times over the years: in Johnstown, where my girls played pool with Trevor to raucous laughter of You're cheating!; at the Haliburton cottage for fast boat rides; and in the beautifully situated Englewood house in Florida.

I am so sorry that Judy won't be able in person to spend the long retirement days at their beach house she'd hoped to have there with Trevor. I know she'll be there in spirit.

We shall remember her as a wonderful friend, always fun to be around.

Friends and Family uploaded 2 to the gallery. 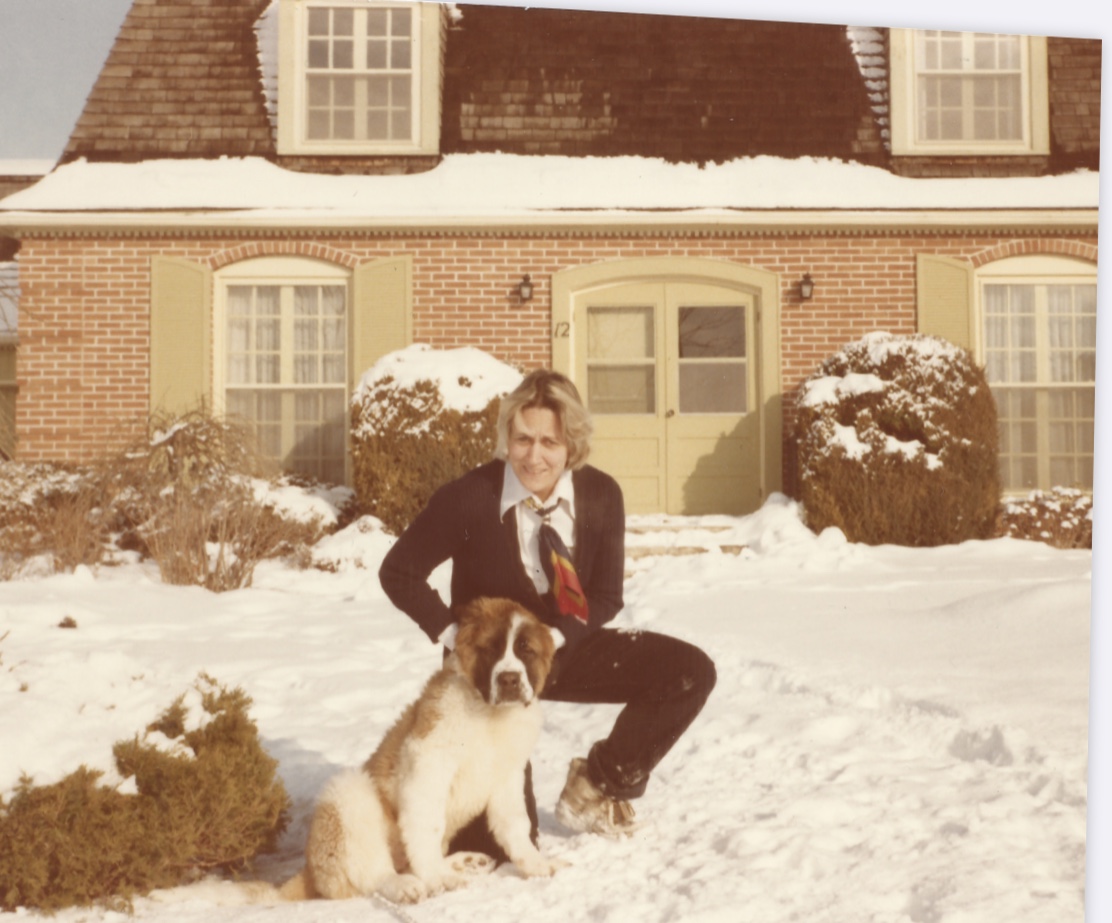 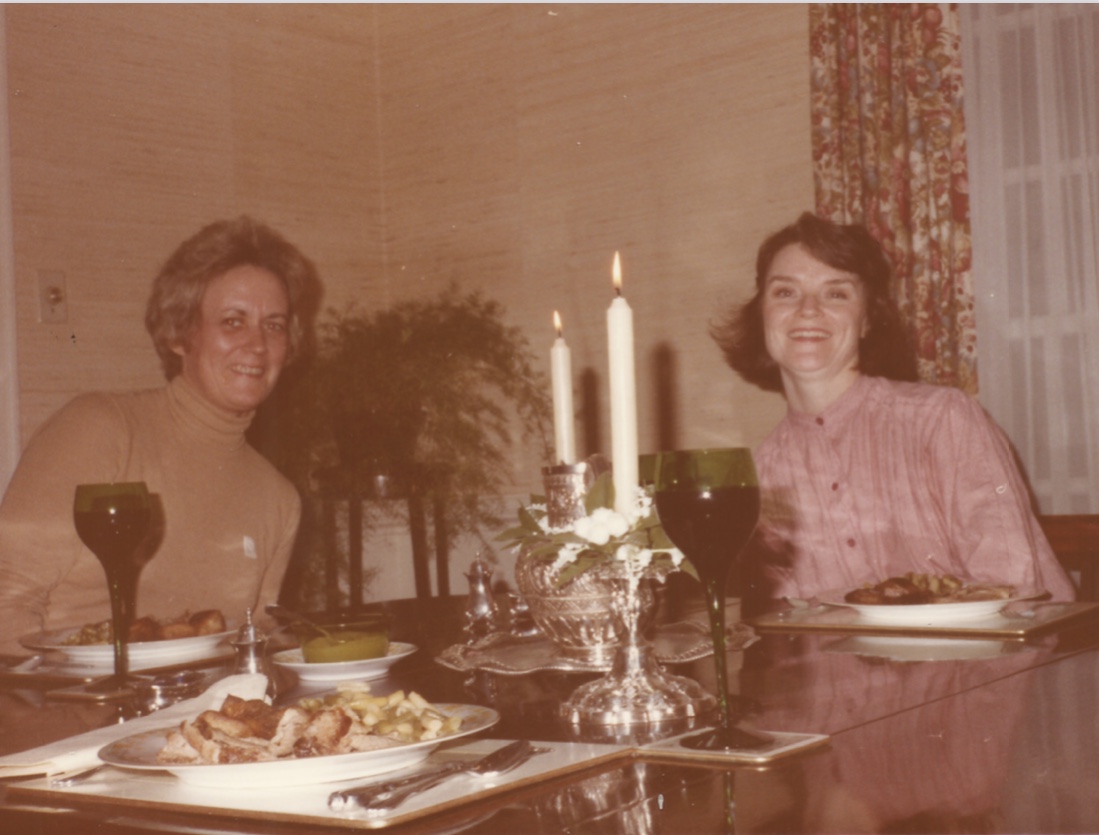