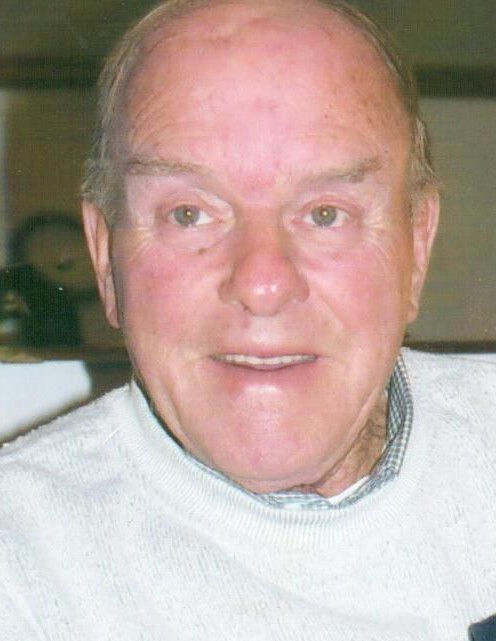 Moose – Harvey L., “Harv”, 86, Richland Township, went to be with the Lord on December 8, 2018 with his daughters by his side. Born on May 6, 1932 in Johnstown, son of Clarence R. and Genevieve (Erwin) Moose. Preceded in death by his parents and wife, Elizabeth A. “Betty” (Christofes) Moose. He is survived by his loving children, Gretchen M. Sedilko, Stonycreek Township, Kathleen A., wife of Douglas B. Bowser, Stonycreek Township, James M., Anchorage, AK, Nickolas F., Johnstown, Joseph P. (Deborah), Bemidji, MN, and Andrew L. (Carla),Richland Township; grandchildren, Wesley (Jan) Bowser, Westhampton, MA, Emily (Ron) Longsdorf, Savanah, GA, A.J. (Sandy) Sedilko, Abilene, TX, Jessica (Ian) Bennett, Johnstown, Nicole Moose (Joey Younkin), Confluence, PA, Janessa (Brandon) Flowers, Anchorage, AK, Michael Moose, Anchorage, AK, Amanda (Michael) Gindlesperger, Windber, Ronald (Hali) Moose, Richland, Thomas Moose, Richland, and Mathew Moose, Allison Park; great grandchildren, Elizabeth and Phoebe Bowser, Tyler and Libby Bennett, Lillian Flowers, Brayden, Gage and Rosalie Gindlesperger, Ferris Longsdorf, and Maxwell Moose; sisters-in-law, Patricia Christofes, Darlene Christofes and Theresa Christofes and numerous nieces and nephews. Harvey was a natural storyteller and could spin a yarn like none other. Whether it was tales of the open road, his travels and classic slideshows, or his days as an athlete running track, Harv brought you along on a journey when describing life events. He was a devoted and loving husband. Harv knew he had an amazing wife and it showed. His sense of travel and appreciation for pursuit of what is amazing in this country inspired his children, grandchildren, and great grandchildren to go out and experience America. As a Teamster of 20 years, Harv was a role model of hard work and dedication. That commitment and the resulting ability to provide for his family embodies the vital importance of organized labor. A lesson all would do well to ponder. Harv was a graduate of Johnstown High School. He was a US Army Veteran serving during the Korean War. Harv was employed at the former ACME Warehouse for 27 years. He later retired from Weber Welding, where he was employed as a truck driver. Harv was a member of Teamsters Union Local #110 and Richland Volunteer Fire Company. He enjoyed camping, fishing and going to the beach. Friends will be received from 3-7 p.m. on Wednesday and from 10 a.m. until time of service at 11 a.m. on Thursday at the Harris Funeral Home, 500 Cherry Lane, Richland, Fr. Scott Lill. Military rites will be conducted by Menoher Post #155 VFW Ritual Team at the funeral home. Private burial will be at Richland Cemetery. The family suggests contributions be directed to Alzheimer’s Foundation of America, 322 Eighth Avenue, 7th Floor, New York, NY 10001 in memory of Harvey. On line condolences may be posted to www.wharrisfuneralhome.com.

To order memorial trees or send flowers to the family in memory of Harvey L. Moose, please visit our flower store.