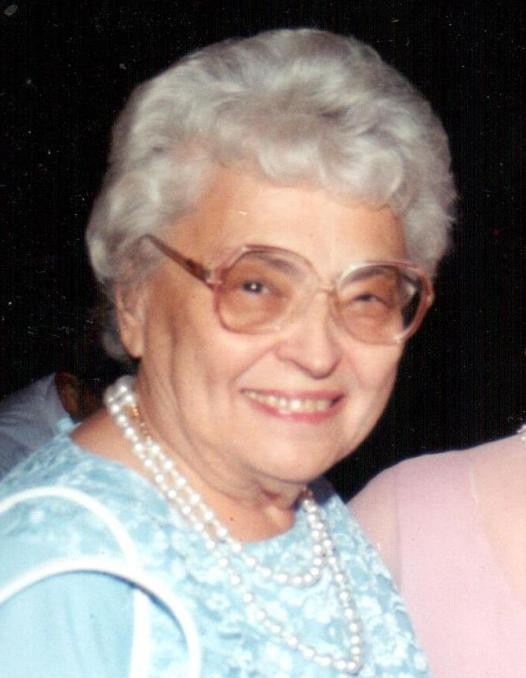 Ruth – Dorothy Mae, 89, Geistown, went to be with the Lord on July 7, 2017 at Windber Hospice. Born on March 10, 1928 in Johnstown, daughter of Michael J. and Mary (Strippy) Kokoruda. Preceded in death by her parents; sisters, Mary Lou Dlhosh and Patricia A. Kokoruda. She is survived by her loving husband of 28 years, Richard A. Ruth; sister, Barbara Jean, wife of James E. Mosimann, Gainesville, VA; brothers, Robert J., Johnstown, and Joseph M., married to the former Christine S. Barnard, Marysville, OH and numerous nephews and nieces, including special nieces, Dr. Sharon (William) Dlhosh-Bass, Baltimore, MD and Theresa (Andre) Leyva, Germantown, MD; special aunt, Verna Litwin, Johnstown, and friend, Verne Holden, Greensburg, PA. Dorothy was a 1946 graduate of Ferndale High School. She was employed at a number of places as a secretary, retiring from UMWA Health and Retirement Division. Dorothy was a member of St. Benedict Catholic Church, where she started the Pro Life Prayer Hour. She held numerous offices at the local and Diocesan level of the Legion of Mary, particularly active in its extension work. Dorothy was also active in the Confraternity of Christian Doctrine, Sodality of the Blessed Virgin Mary, helped organize Mitri Club and other young people’s clubs. Dorothy was a member of the Nocturnal Adoration Society, Confraternity of the Holy Rosary and St. Benedict Parish as Minister of the Eucharist and an Officer of the Queen of Peace Praesidium. Dorothy loved flowers, her family and her Lord. Friends will be received from 4-7 p.m. on Tuesday at the Harris Funeral Home, 500 Cherry Lane, Richland, where Vigil for the deceased will be held. Funeral Mass will be held at 10 a.m. on Wednesday at St. Benedict Catholic Church, Geistown, Fr. David S. Peles, Pastor. Committal will be at St. Joseph Mausoleum. The family suggests contributions be directed to a charity of one’s choice in memory of Dorothy. Online condolences may be posted to www.wharrisfuneralhome.com.

To order memorial trees or send flowers to the family in memory of Dorothy Mae Ruth, please visit our flower store.